Theft crimes (Utah Code 76-6-403) are some of the most common criminal offenses in the United States. Among the most common thefts are those for cash, followed by thefts for vehicle parts, clothing, and tools.

Regardless of what items are proclaimed to be stolen, it is still a criminal offense that can bring potential fines, incarceration, or appear on background checks. These can affect employment and housing options if the charge leads to felony conviction. In many circumstances, a theft charge is considered a “crime of dishonesty” which can have lasting consequences long after the criminal case is resolved.

Being arrested for a crime does NOT make you guilty. Various defenses can be used to potentially pursue dismissed or dropped charges.

You should discuss these options with a criminal defense attorney before speaking with law enforcement or anyone else.

Utah Code § 76-6-202 says that burglary is when someone “enters or remains unlawfully in a building or any portion of a building,” and has the intent to commit another crime. To count as burglary, that other crime must be:

The felony you commit in the building could be theft, but it could also be a more serious crime against another person. You can still be charged for that other offense, so burglary usually goes along with another serious felony or a sexual offense.

Because the key part of burglary is the trespassing, this crime would cover what is often called “breaking and entering.” However, the intent to commit another crime is a necessary part of burglary. Breaking into a building simply for the thrill of breaking may be a lower, trespass offense.

The lesser version of burglary is a third degree felony. This sentence includes a maximum of 5 years in prison and fines up to $5,000. Because there is no guaranteed minimum jail time, you could actually get a sentence of probation or other non-incarceration sentences. However, burglary is a felony regardless, so you may still face jail time.

The crimes listed in the definition of burglary also carry severe penalties. Any felony committed alongside trespassing carries a potential punishment of more than one year, with a third degree felony being the lowest option. The other listed offenses are a mix of misdemeanors and felonies. This means you could be charged with a felony and a misdemeanor – or two felonies – depending on the crime that you’re charged with alongside burglary. 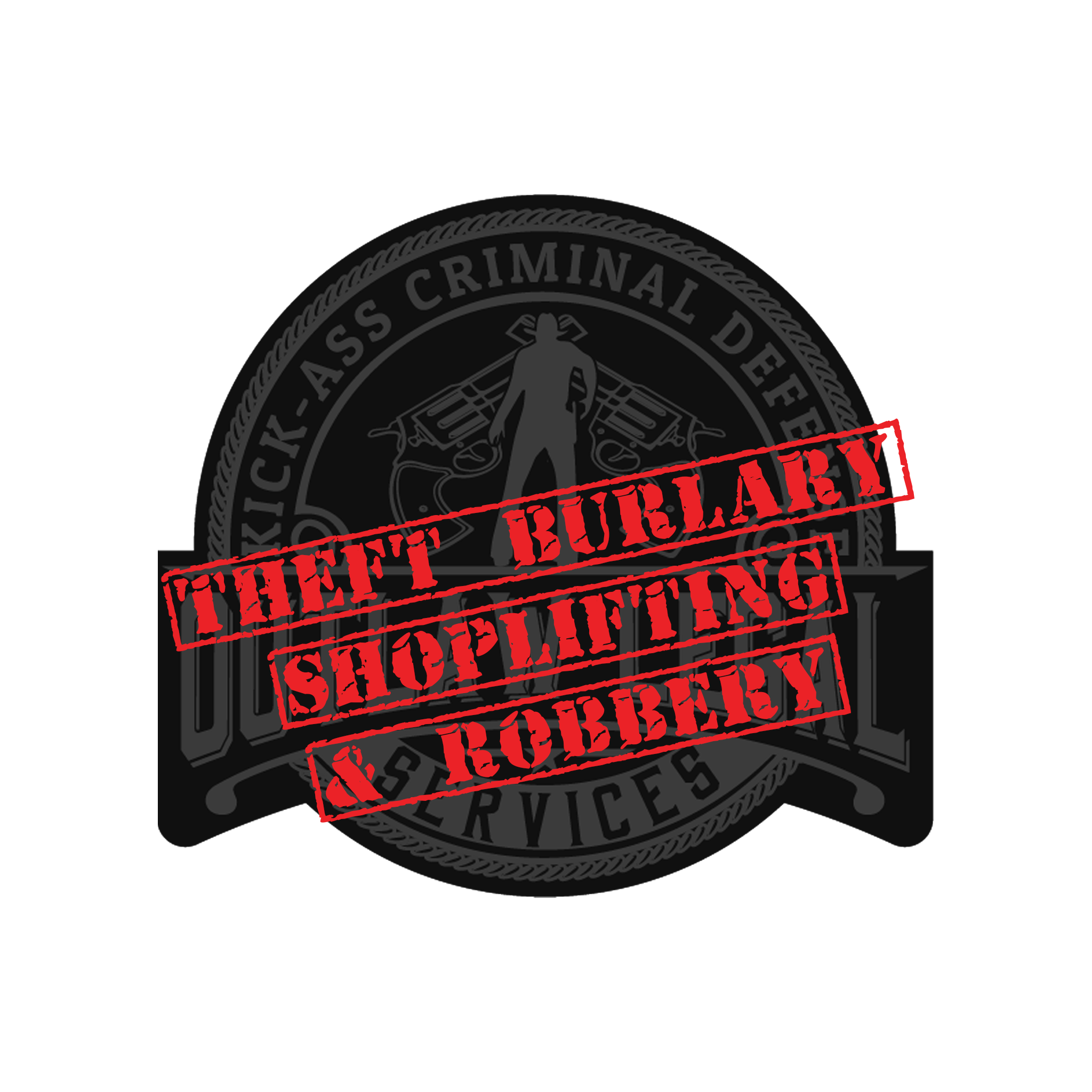 * For purposes of understanding, not intended as legal advice. Call Outlaw Legal Services today for a FREE consultation specific to your case.

Next: Assault Charges In Utah
Back To Areas Of Representation

If you have been charged with Theft, Burglary Shoplifting or Robbery
You need a KICK-ASS Criminal Defense

Have you been charged with Theft, Burglary, Shoplifting, or Robbery?